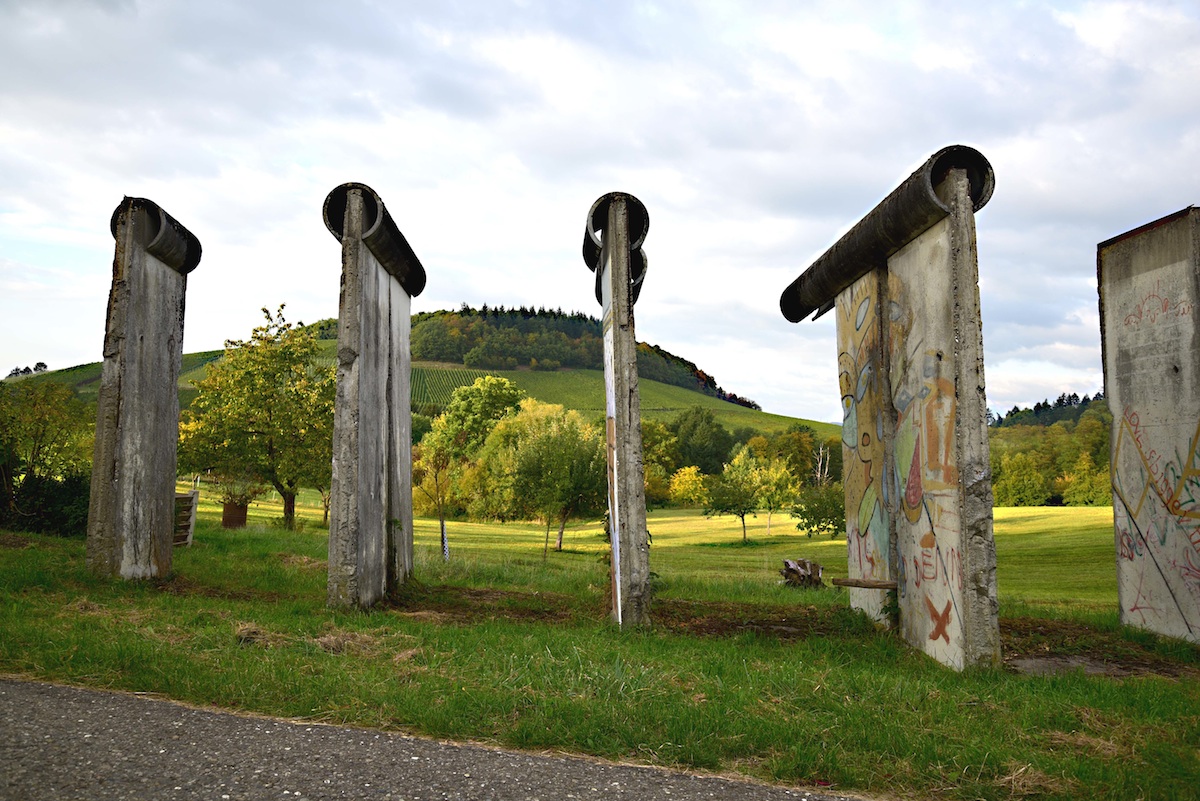 Location: on a meadow, private property

8 segments from the end of Sonnenallee

Initially, Elke Brand’s family, who is living there, wanted to give her only one segment of the Berlin Wall as a birthday present – to remind on her stay in Berlin and her missing of the fall of the Wall. Due to high transportation costs, regardless of number of segments, they have bought eight of them. The eight segments, originated from the end of the Sonnenallee, are now standing on a meadow, below the Castell mountain.

Originally the segments were supposed to be reselled, in the meantime the Brands get used to them. So they remained as personal reminder on the period in Berlin, the day, the Wall came down, and friends in East Berlin.

Photo above and background:
© Marianne Nitsch