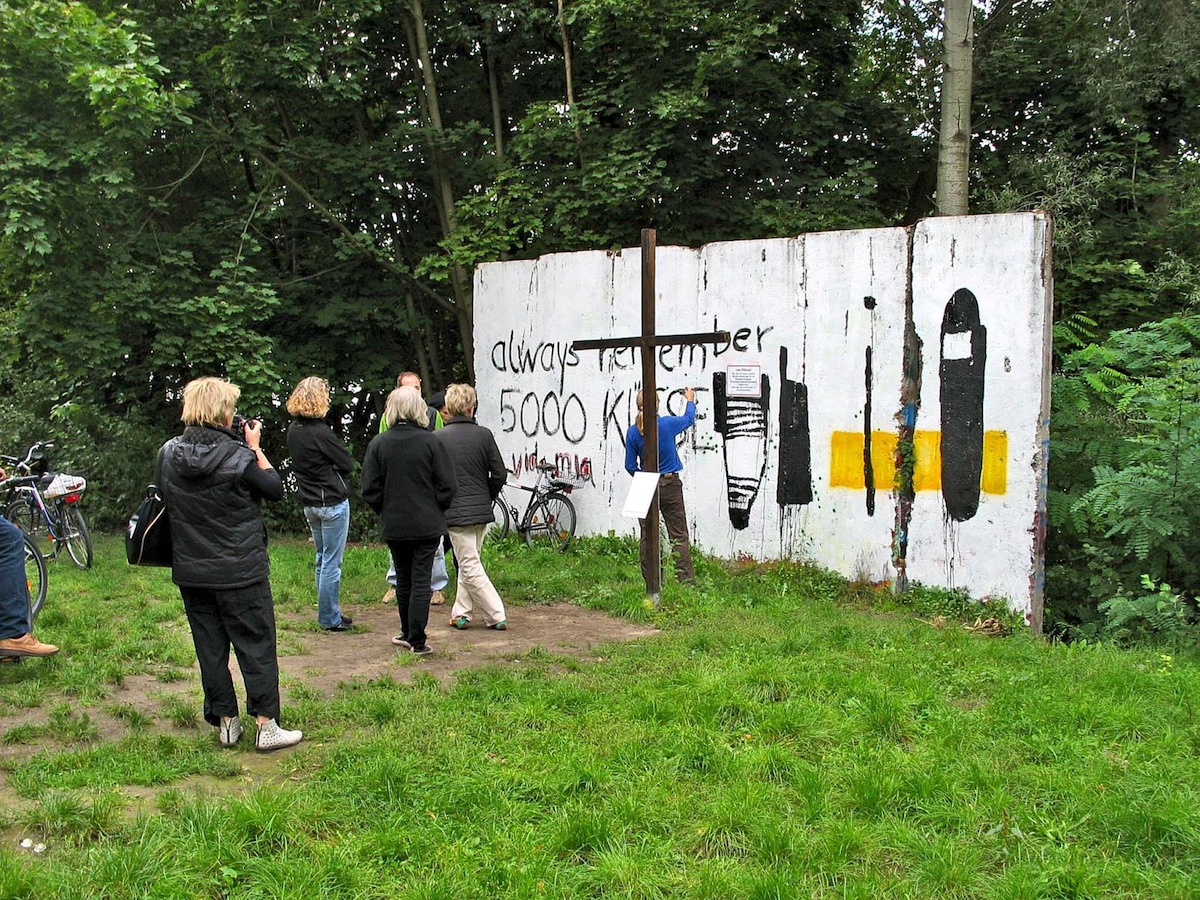 6 segments from the Hinterlandmauer on original site

At the Griebnitzsee shore, in the southwest of Berlin, the Hinterlandmauer wasn’t completely demolished, six segments remained. In November 2008, this site and a nearby  foundation of a watchtower were placed under preservation order.

In a controversial action, the westside of the segments, pointing to Berlin, were repainted by Kiddy Citny with his striking crowned heads in 2012.

Eastwards, way to Berlin west, another Berlin Wall memorial at Rudolf-Breitscheid-Straße marks the extension of the border strip

Photo above and background:
© by doratagold. Licensed under CC BY-NC-SA 2.0