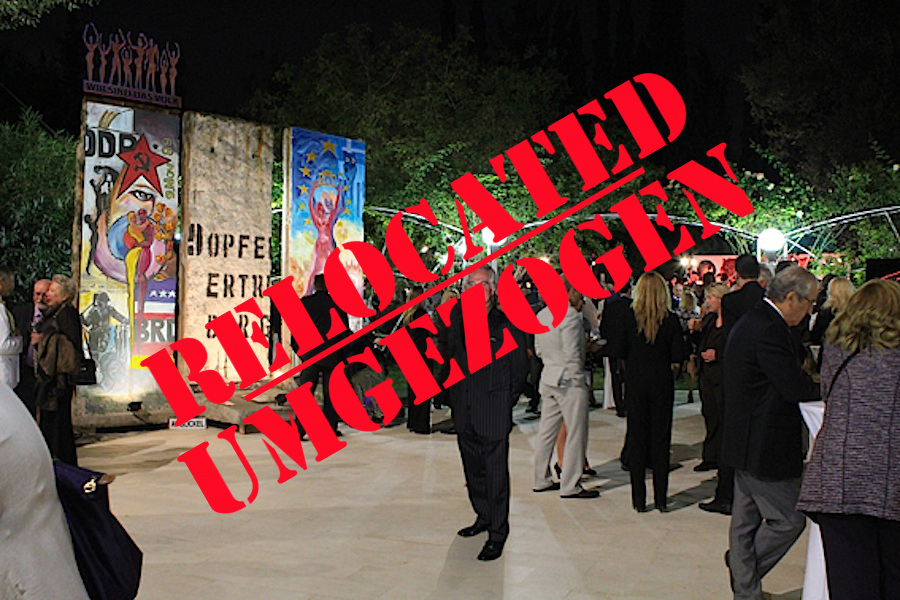 On the occasion of the 20th anniversary of the fall of the Berlin Wall, three wall segments were set up in the garden of the German Embassy in Athens. The almost one thousand Greek guests were deeply moved – on the one hand about the suffering of so many people imposed by the Germany division, and on the other hand about the fact, that the German reunification overcame the division of the European continent.

The wall segments were designed by Alfred Gockel. The artwork Deutsche Einheit reflects the inner conflict of the two German states as a plaything of the superpowers. The artwork Soldat Schuhmann symbolizes the urge for freedom of the GDR citizens. The segment Europäische Vision alludes to the democratic roots of Europe in Greece. (Source: Alfred Gockel)

Finally in 2016, the segments returned to Alfred Gockel’s studio in Luedinghausen.

Photo above and background:
© Courtesy by Baumedia