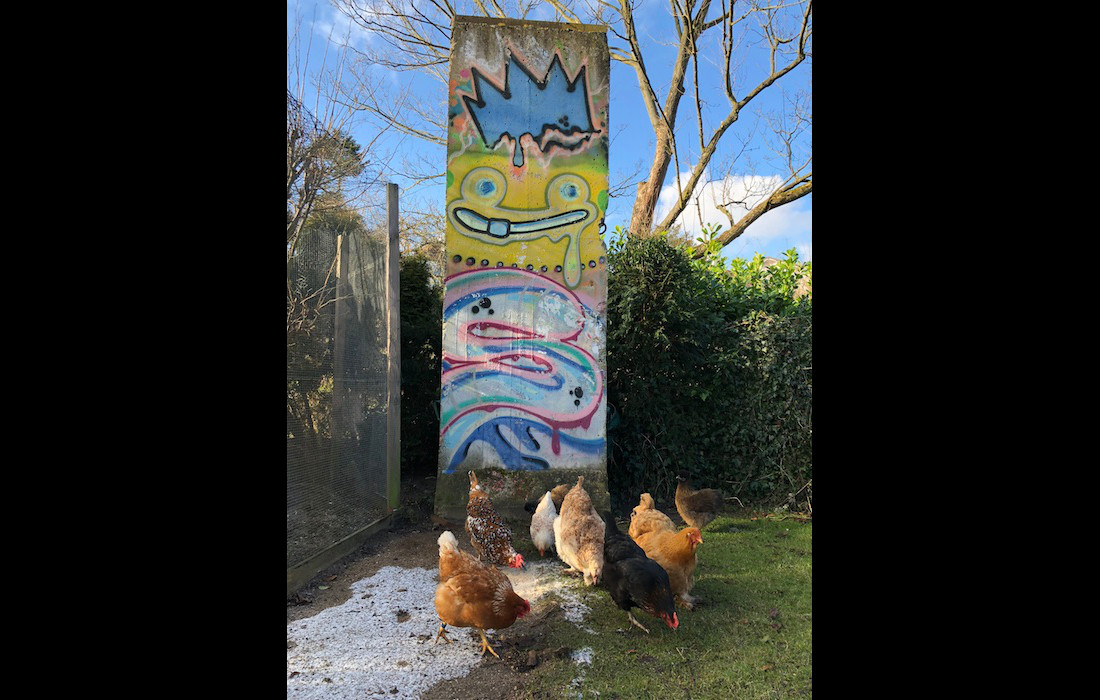 This piece of the Berlin Wall is on a private property near Glienicke Bridge in Potsdam. It originates from an auction. The segments were formerly used by a firm, which has bought shortly after the fall of the Wall several hundred meters of it to fence off a gravel pit. (Kai Diekmann)

Until 2015, Kai Diekmann was an influential journalist, correspondent, head of politics, editor-in-chief and finally publisher of BILD and BILD am Sonntag. On occasion of the 20th anniversary of the fall of the Wall, Kai Diekmann donated on behalf of the Axel Springer Verlag one Wall segment each to all German federal states – as a symbol of the power of freedom and self-determination but also as a memorial of its perpetual endangerment and also in remembrance of Axel Caesar Springer, who believed in the dream of German unity against all odds. Even Helmut Kohl, Chancellor of the reunification, was given a Wall segment.

Photo above and background:
© Kai Diekmann