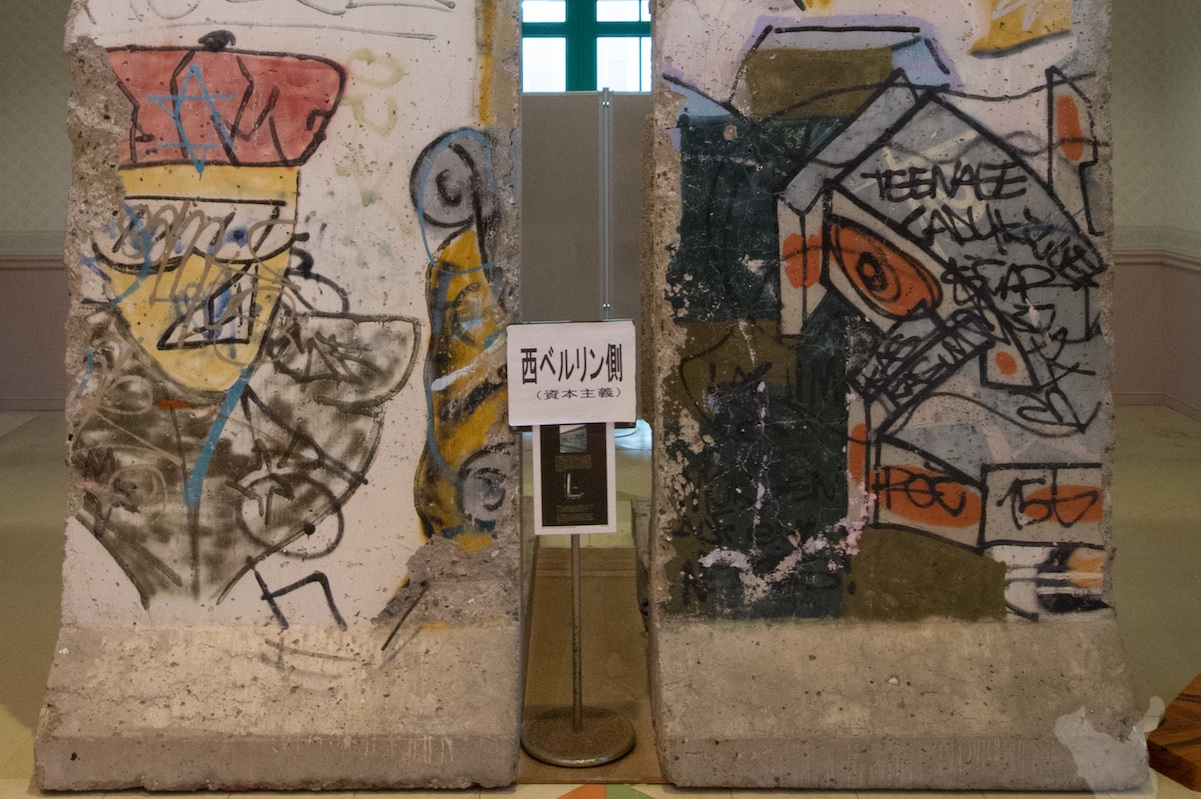 The close relationship between Germany and Miyako-jima, the main island of Miyako Islands, dates back to a shipwreck in the late 19th century. Back then,  a tea-laden German schooner smashed on the coral reefs of the coast of the Japanese outpost on the border to Taiwan. Eight sailors were rescued by the islanders, Kaiser Wilhelm was grateful and set up a memorial.

Over the years, the relations with Germany deepened, more than 100 years later a German cultural village was built. Main attractions are, besides a faithful reproduction of the middle Rhine Marksburg and other buildings, two original segments of the Berlin Wall, which were bought for 60,000 Mark from the Limex.

Photo above and background:
© by Norihiro Kataoka. Licensed under CC BY-SA 2.0