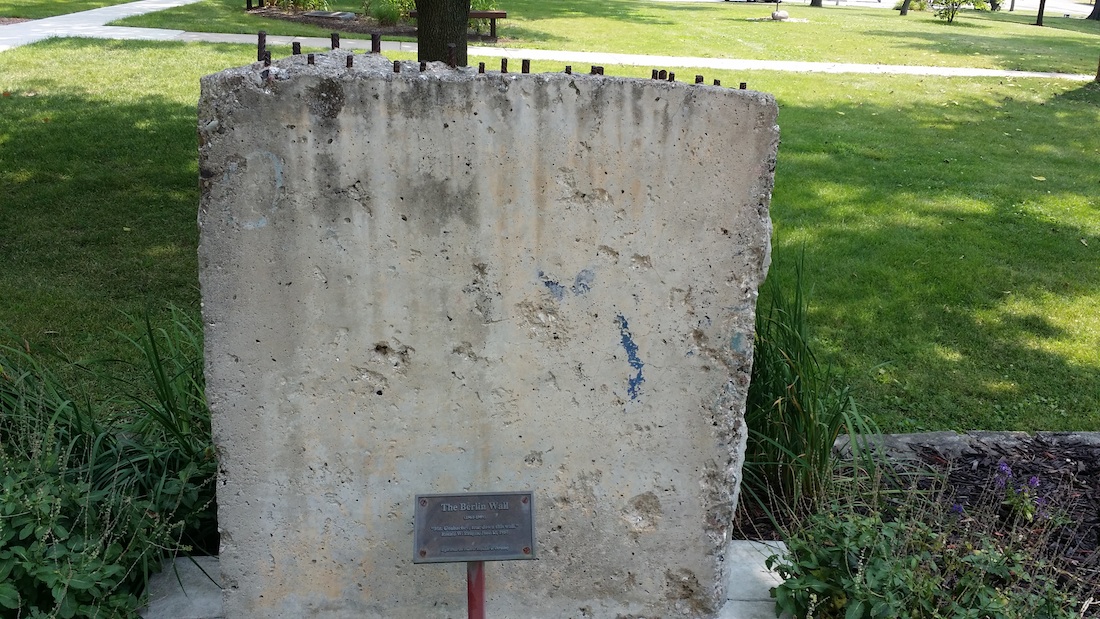 part of a segment

In a May 9, 1982 speech at Eureka College, Illinois, the then U.S. President Ronald W. Reagan challenged the Soviet Union to a new era of negotiations to reduce nuclear arms – called START. The speech has been labeled “The Beginning of the End of the Cold War.” To commemorate this speech, the Eureka College dedicated the Ronald Reagan Peace Garden. (quoted from: http://www.eureka.edu/reagan/garden/)

The portion of the Berlin Wall, a four foot by five foot section, was a gift of the Federal Republic of Germany, given to Eureka College to be included in the Reagan Peace Garden. Ronald Reagan graduated from Eureka College in 1932.

Photo above and background:
© by LanguageTeaching. Licensed under CC BY 2.0