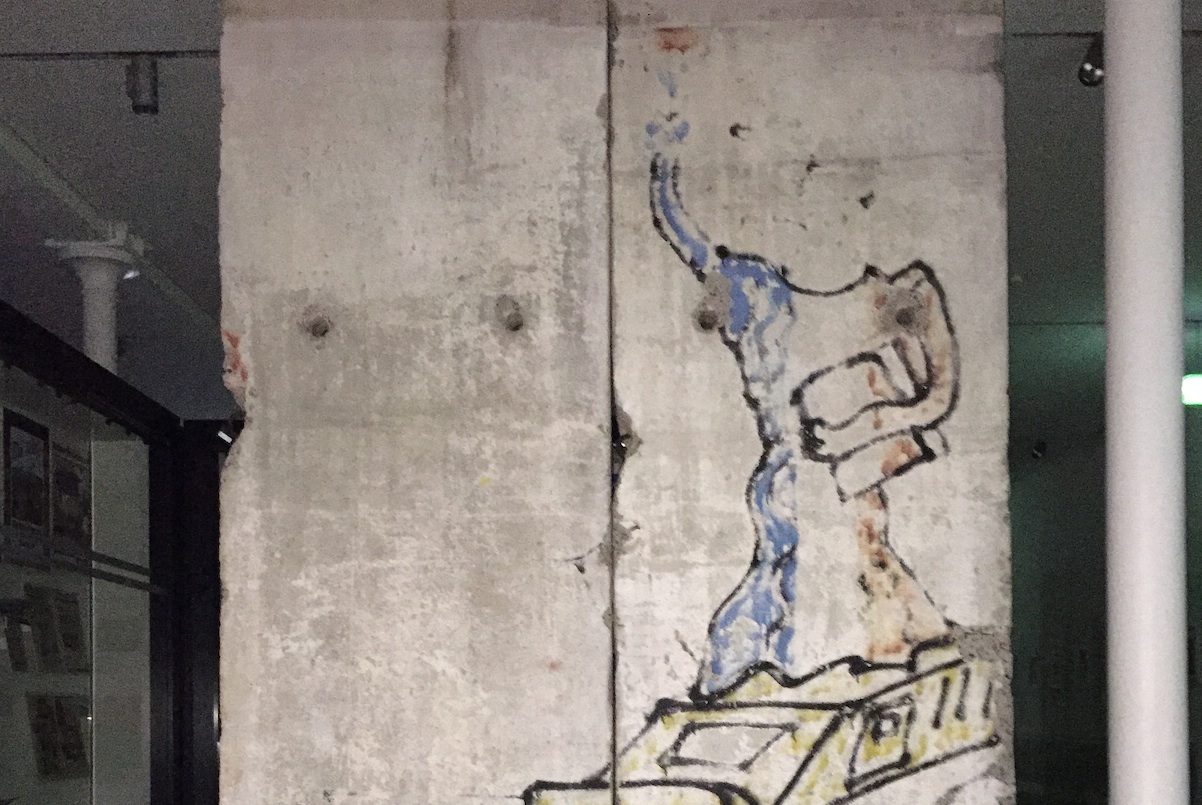 Both the architecture and the permanent exhibition of the Militärhistorisches Museum seek to avoid biased presentations and to challenge traditional perspectives. The exhibition confronts the visitor with his or her own potential for aggression and shows violence as a historical, cultural, and anthropological phenomenon.

The exhibition area 1945 up to now illustrates the differences between Bundeswehr and NVA (National People’s Army). It is focussed on its effects to everyday life, self-conception and society. With the fall of the Wall and the Reunification, the armies of two German states became one united army. (Source: MHM Dresden)

The Militärhistorisches Museum owns four segments of the Berlin Wall in its 4th generation, the typical L-shape, which was used after 1975. Two of them are to be seen in the exhibition, the other two segments are stored in the depot.

Photo above and background:
© Bundeswehr/MHM_Dresden