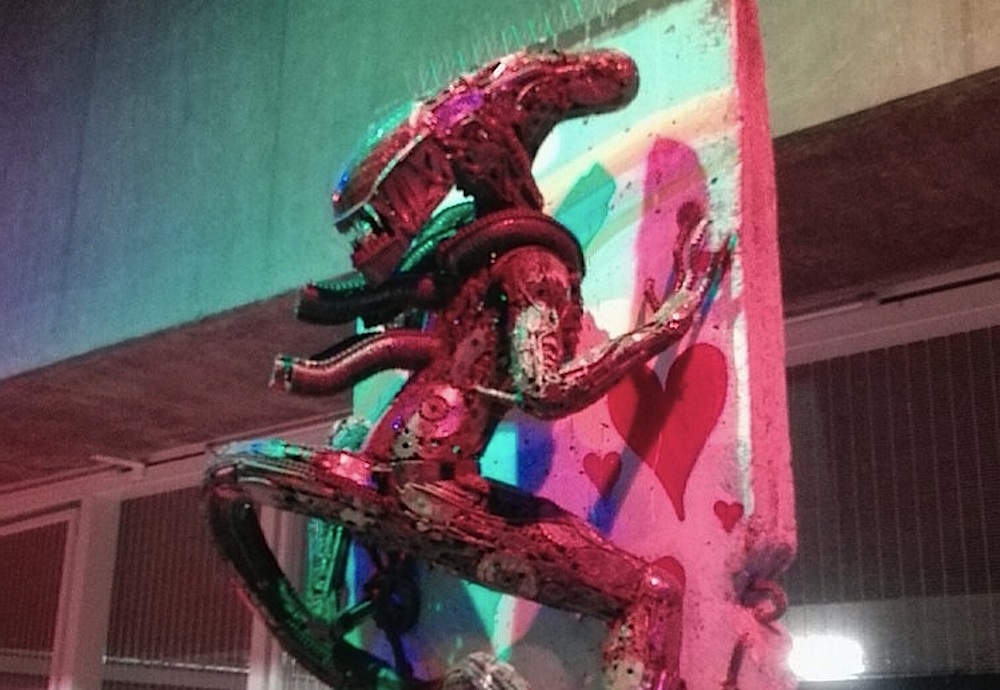 The Ampere is a trendy techno club below the railway tracks close to Antwerp central station. But the Ampere is as well a sustainable event space with a mix of good music and eco-friendly initiatives by night and creative workshops and cultural events by day.
In September 2015 a Berlin Wall segment was set up in front of the entry to the Ampere, which newly has been opened. Special: A copy of an Alien (originally created by H.R. Giger) is creeping over it.

Marijnen, whose Ampere partners with Berlin based DJs and labels, also has a personal conjunction to the Berlin Wall: He eyewitnessed the fall of the Wall as a child in Berlin, when his father was working at that time at the Opera in East Berlin.

Photo above and background:
© Vincent V. (via Yelp)