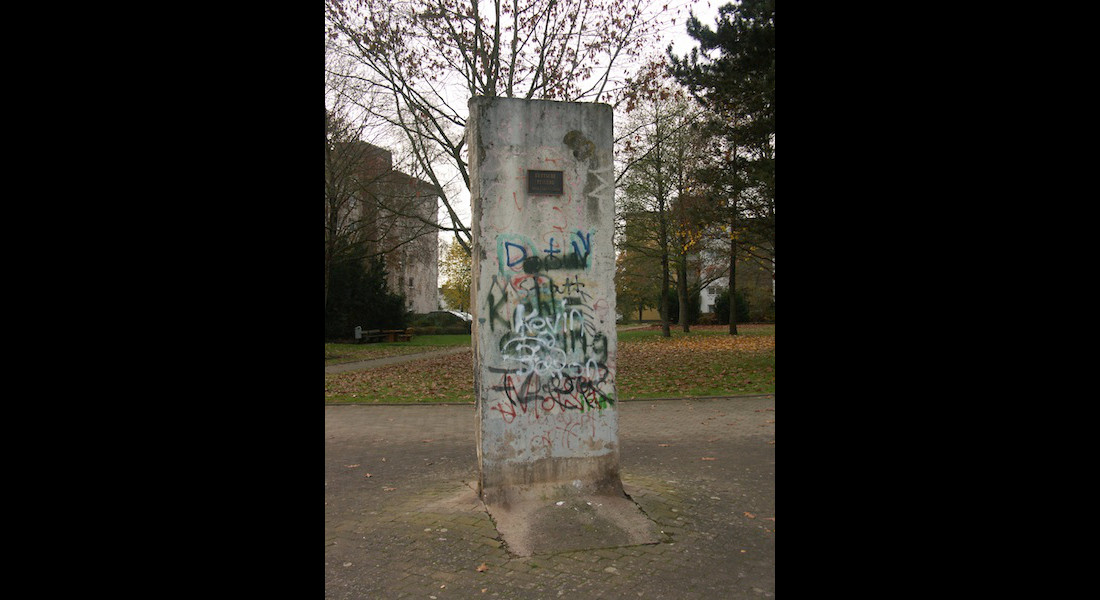 In the ‘Neukölln Park’ a Berlin Wall segment reminds of the German-German division. It was donated to the city of Wetzlar by the Berlin district Neukölln on November 9th, 1991.

As an expression of the close ties of the Federal Republic of Germany with Berlin (West), partnerships were established between West German cities and Berlin municipalities. In 1959, the city of Wetzlar took over a partnership with the Berlin district Neukölln, which is enlivened with a number of joint projects. A park in Wetzlar-Dalheim was named after the partner district. (Source: Stadtverwaltung Wetzlar/ Kulturamt –  Kulturförderung, Städtepartnerschaften)