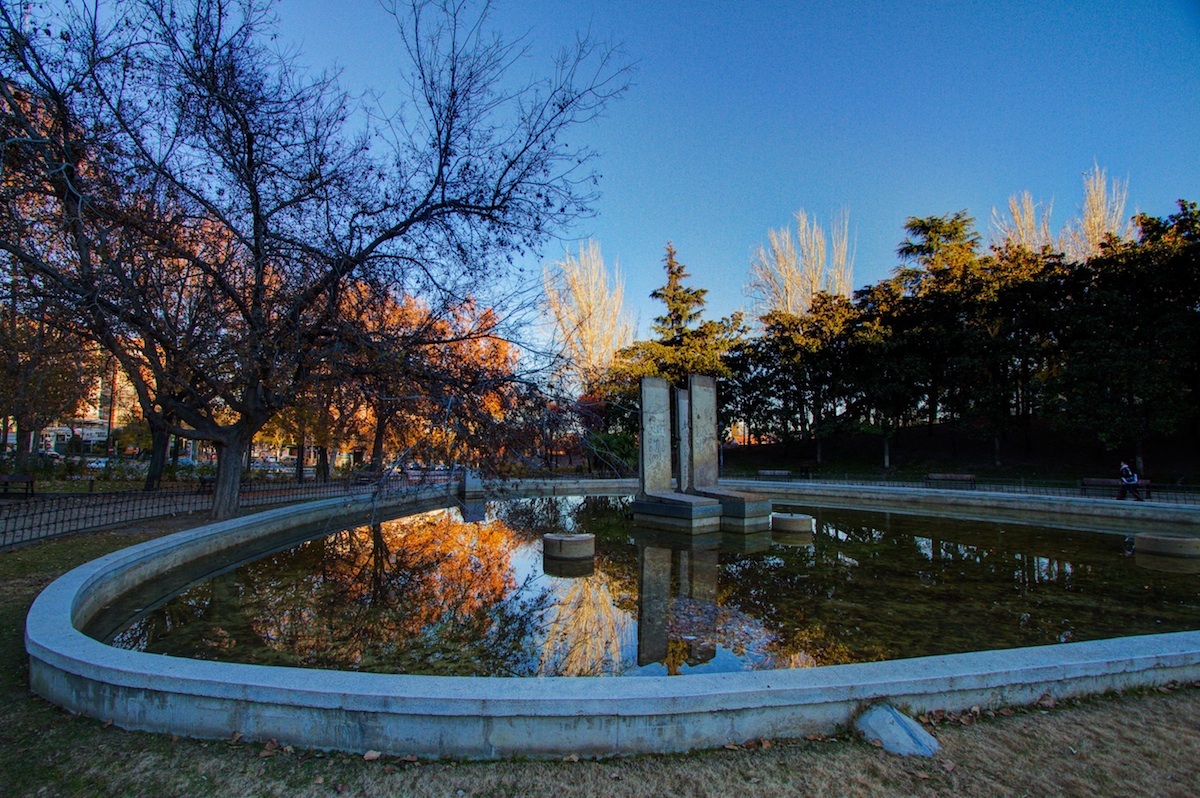 That cities sometimes have a life of their own, shows up again and again: Years ago in Berlin a unknown metro station was found during construction work. It was not recorded in any of the existing plans. In Madrid, no one can’t remember when the Wall segments came to the Parque de Berlin. Anyway, they are highly conspicuous.

In research, however not reliable confirmed, an initiator was found: The Wall segments were purchased by the former mayor Agustin Rodriguez Sahagun from Limex at 37,500 Marks. Sahagun, politician, entrepreneur, a PhD economist and lawyer, was in charge of the fate of the city from 1989 until his sudden death in 1991.

Photo above and background:
© by Docteur Christophe. Licensed under CC BY-NC-SA 2.0