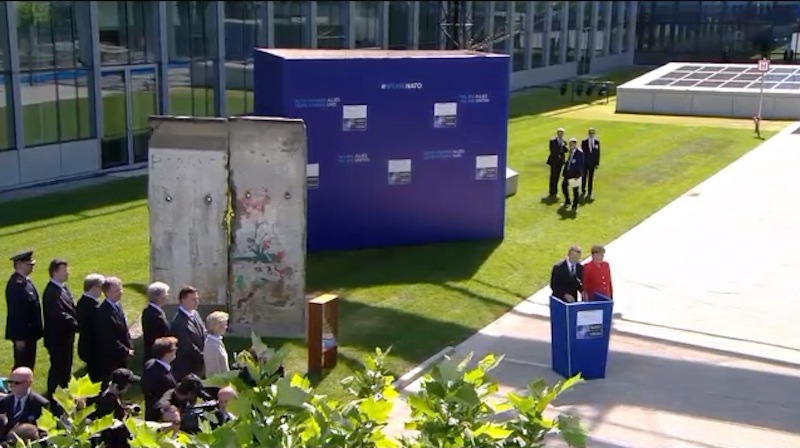 When the new NATO headquarters were given to the heads of state and/or government of all NATO member state also two memorials were inaugurated, set up vis a vis at the entrance. The Berlin Wall and the 9/11-Article 5 memorial remind of significant caesuras in NATO’s history. The memorials were inaugurated by German chancellor Angela Merkel and US President Donald Trump.

Jens Stoltenberg, NATO secretary general, said, NATO will always defend the values on which the Alliance is founded. A plaque describes the intention of the Berlin Wall memorial: The Berlin Wall, a symbol of repression and fear, split the German capitol from 1961. The NATO Allies opposed it with their enduring commitment to freedom, democracy and human rights – values which unite us to this day. Peaceful protest in Central and Eastern Europe brought the Wall down on 9 November 1989, paving the way for German reunification and an end to the division of Europe.