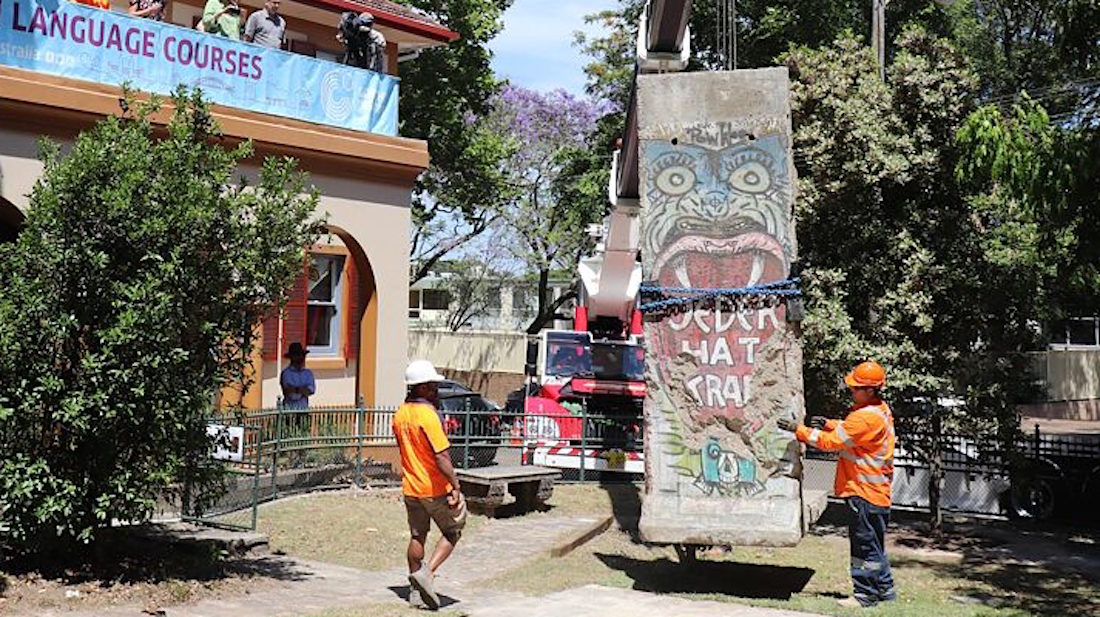 On ocassion of the 30th anniversary of the fall of the Berlin Wall one segment was set up in the garden of the Australian Goethe-Institut.

This segment was discovered by chance when a warehouse was vaceted only a few month before. Owner was the German-Australian businessman Peter Kubiak, who died in 2013. Kubiak had stored the Berlin Wall segment and other industrial goods in the warehouse in 2002. Unfortunately after his death any traces were lost and could only be restored by publication in social media (Reddit).

Sonja Griegoschewski, director of the Australien Goethe Institute: In the three decades in which the Wall stood, Berlin was the scene of a political game between the great powers. But the end came because of peaceful demonstrations without bloodshed. In segments, the Wall is a symbol of this peaceful revolution, and not of the barrier that separated us from one another, when it was the Wall.

Due to the decades of storage, the original grafitto by Indiano (Jürgen Große) is in exceptionally good conditions.

Photo above and background:
© Courtesy by Goethe-Institut Australia