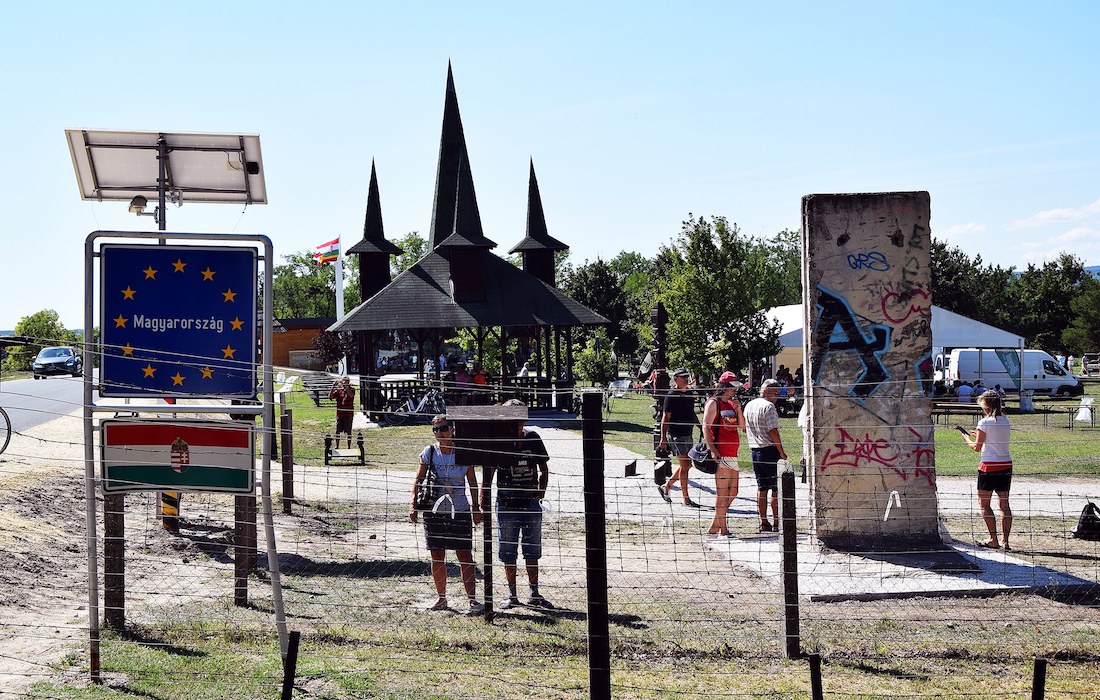 Near the Hungarian town of Sopron, located on the Austrian-Hungarian border, history was made on 19 August 1989: Under the agreement of both countries, a border crossing on the old Pressburger Landstrasse between St. Margarethen in Burgenland and Sopronköhida (Steinambrückl) in Hungary was supposed to be symbolically opened for three hours. The original plan was to hold a peace demonstration, a Pan-European Picnic, which in the end turned into another step to the fall of the Berlin Wall.

This was preceded by Hungary’s entry into the UN Refugee Convention in March 1989. This entry overwrote all previous bilateral extradition treaties and changed the usual procedure for extraditing the numerous GDR border crossers. The latter then thought they were already free by travelling to Hungary. This atmosphere was further fuelled in May 1989 by Hungary’s announcement that it would begin dismantling the Iron Curtain at the Austro-Hungarian border.

However border crossers continued to be prevented from crossing into Austria by the Hungarian border police and were turned back. A mobile border area surveillance unit tracked down potential refugees even in the wider border area and sent them back as well.

Protests were formed: Opposition organisations from Sopron organised a celebration for European unity on 19 August 1989, the so-called Pan-European Picnic. With the agreement of both countries, the border was to be opened for three hours from 3 p.m. on that day. Around 700 GDR citizens had made their way there and had been camping nearby in uncertainty for days. Hours before the event began, they flocked to the scene and broke through the border in several waves without Hungarian border police officers intervening.

The Pan-European Picnic in August 1989 thus became a first, forced and spectacular opening of the Iron Curtain before the Berlin Wall fell in November 1989 and the borders were finally opened.

Today, at this site, the Gateway to Freedom, a memorial with a visitor centre, display boards, a peace bell, remaining remnants of the Iron Curtain and a segment of the Berlin Wall, provides information about the events.