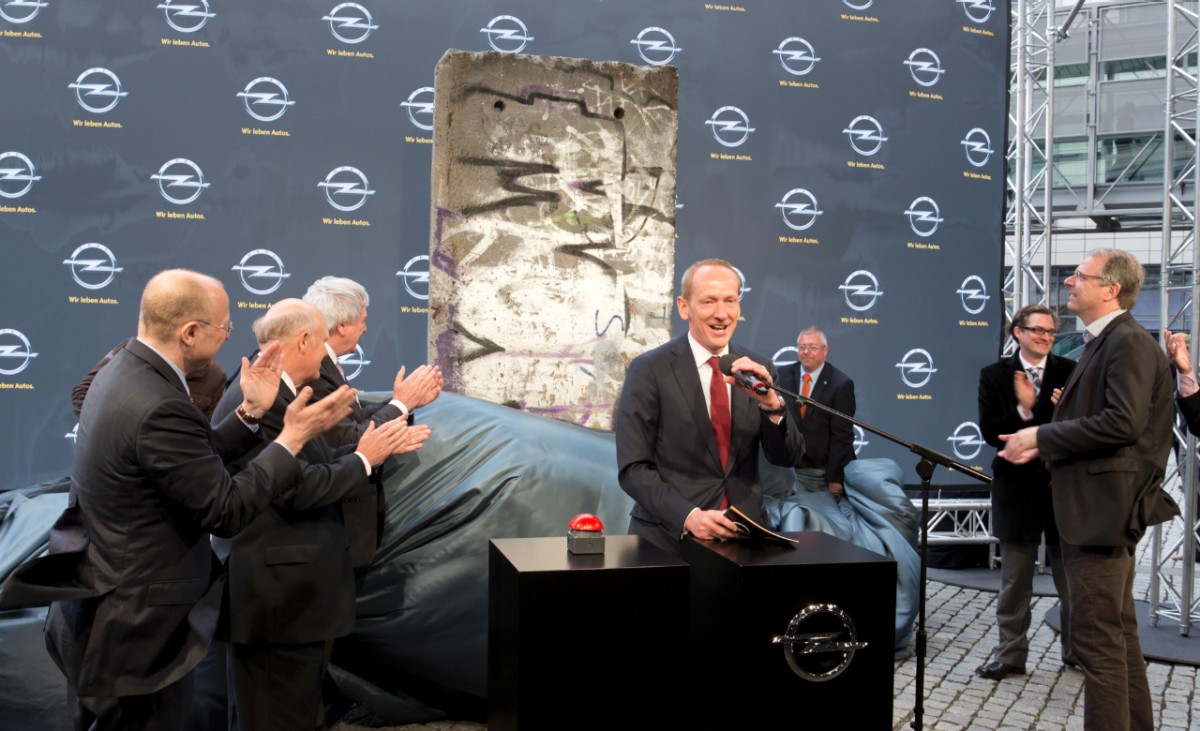 Location: in front of the Adam Opel building

After the Wende, GDR’s ailing automotive industry was divided between Western brand companies. Billions have been invested, to keep production sites alive and to raise them to the level of the West. Opel began its involvement in 1990 in Eisenach, Thuringia.

To remind this historical connection, a Wall segment was erected in front of Opel’s Headquarter in Ruesselsheim in spring 2014. It shall remind and emphasise, that walls between cultures and in our heads can be overcome, said Karl-Thomas Neumann, head of the automotive company.

The Wall Net > The Berlin Wall in... > Germany > Hessen > Ruesselsheim, HE