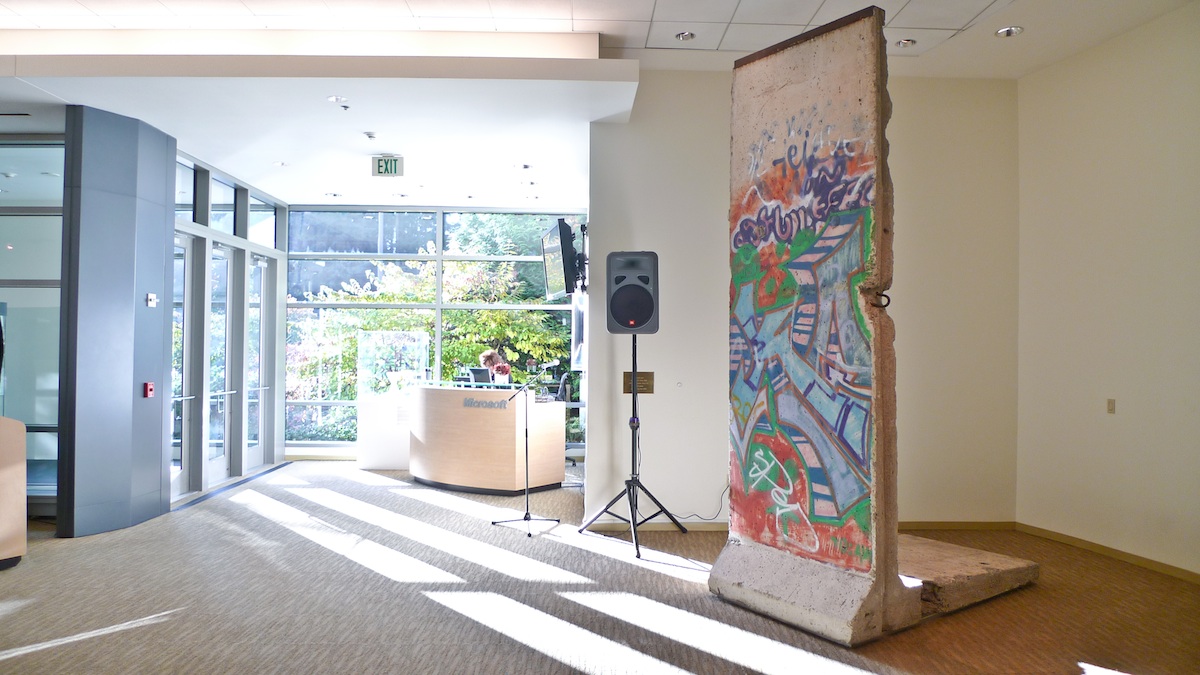 Redmond is best known as home of the Microsoft Corporation but also of other reputable companies. Microsoft came to the Wall segments rather random.

The story goes back to the 1970s, when the Daimler-Benz AG began buying up the area at Potsdamer Platz. After all, this was in the days before the Second World War, one of the liveliest and busiest places in the world.

With the fall of the Berlin Wall, it was clear to the meanwhile renamed Daimler AG, that the German Headquarter of the multinational company should be built in Berlin. The Wall on the companies now owned land was mostly shredded. A number of segments was given away to business partners around the world, inter alia to Bill Gates in 1996. It was incorporated into the Microsoft Art Collection and set up in Microsoft’s headquarter, where it is not available to the public.

Another segment of the Microsoft Art Collection is at the Seattle Center.

Photo above and background:
© by camknows. Licensed under CC BY-NC-SA 2.0