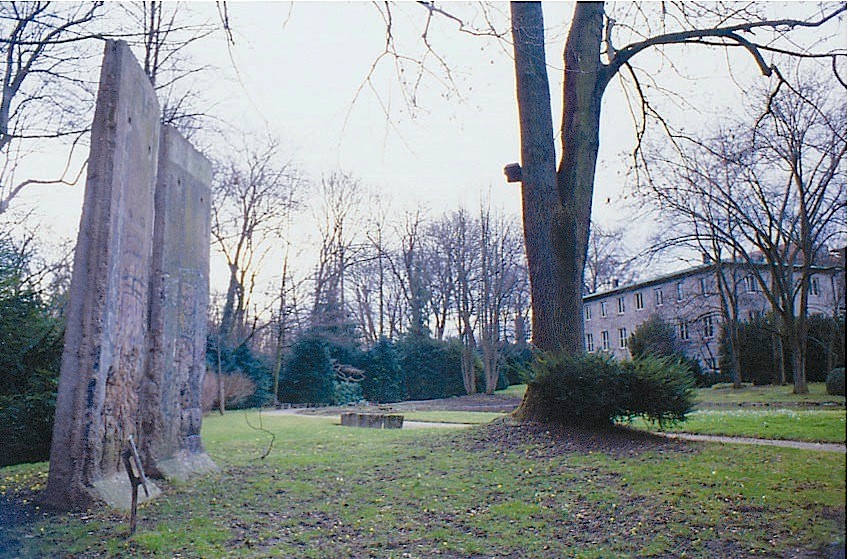 During the years before the Second World War, the Munich-based Allianz insurance had a good thriving location in Berlin like many other companies too.

Through the turmoil of war and the Soviet occupation this location was lost. Insurance activities in East Germany were nationalized and entrusted to the State Insurance of the GDR.

Immediately after the fall of the Wall, Allianz took over the business from State Insurance and continued in East Germany with the brand Deutsche Versicherungs AG as an independent subsidiary. This company was gradually dissolved and from the end of the 1990s the business was entirely carried on under the brand  Allianz. East Germany’s sales and administration was divided into two sales regions, which are controlled by Berlin (for the north) and Leipzig (for the south).

In memory of the German division and its overcoming, two segments of the Berlin Wall were erected in the garden of the Munich headquarters, at the edge of the English Garden.

Photo above and background:
© RainerJanicki

The Wall Net > The Berlin Wall in... > Germany > Bayern > Munich, BY – Allianz Headquarter