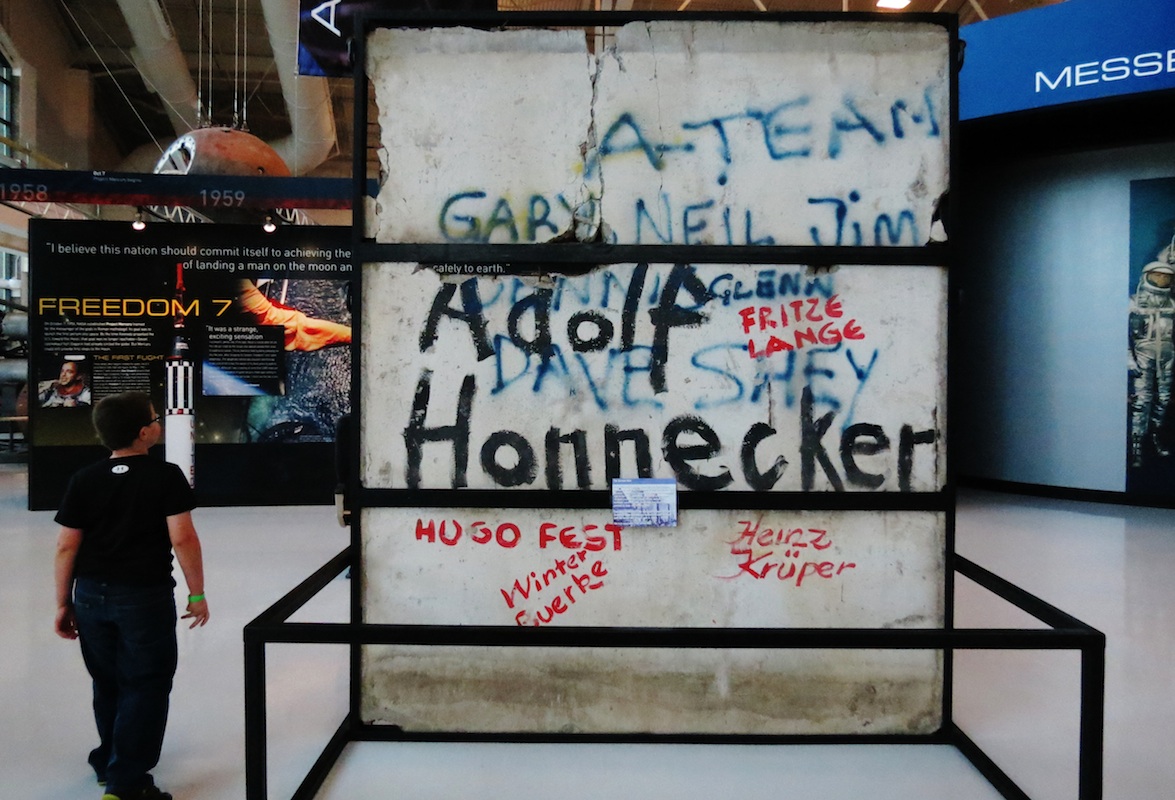 From the first aircrafts of the Wright brothers to a Lockheed SR-71 Blackbird, flying with double the speed of sound: In the Evergreen Aviation & Space Museum in McMinnville, Oregon, there is something for everyone, including fun and games for children.

In the exhibition area Military Aircraft/Transport i.a. there is a Gooney Bird, one of the typical transport aircrafts, which were used for the Berlin Airlift. Presumably, therefore a monument with parts from the Hinterlandmauer was set up here.

Photo above and background:
© by Carol Munro . Licensed under CC BY-NC 2.0

2 thoughts on “McMinnville, OR”