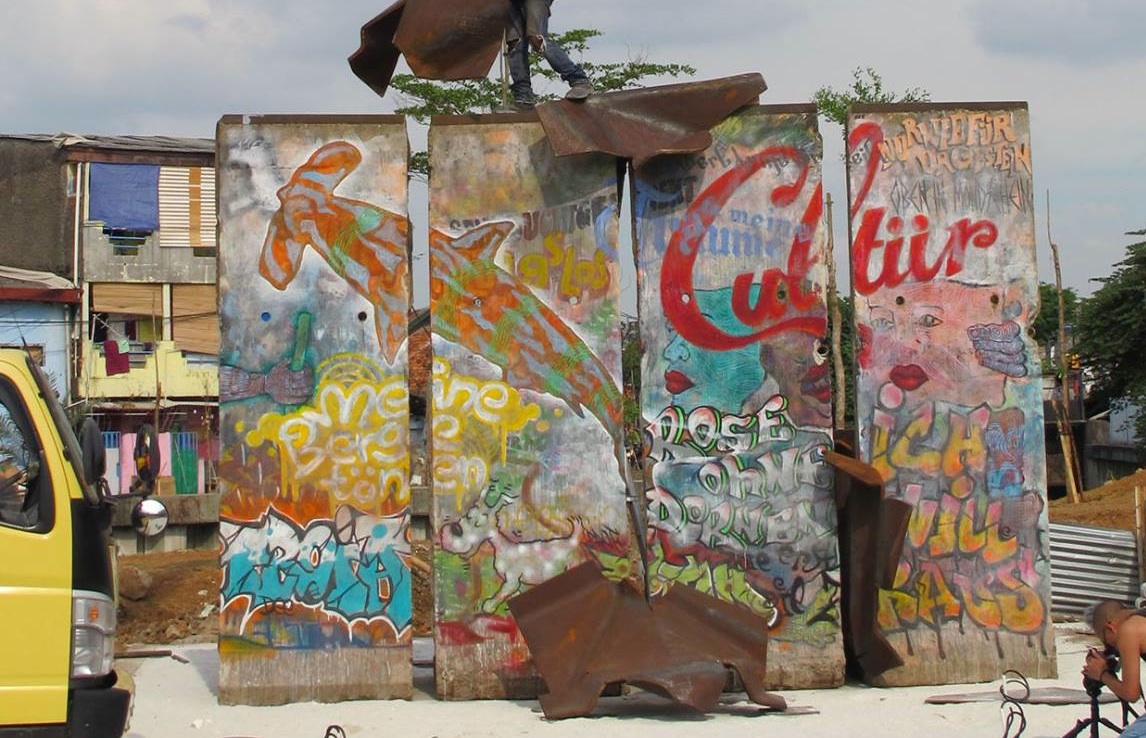 Teguh Ostenrik was a student in West Berlin when the wall fell. Twenty-seven years later, he looks around Indonesia and still sees a lot of walls separating people from each other.

“There are ‘walls’ among our pluralistic society that divide us into groups like race, religion, and ethnicity. That idea resonates with the message that is symbolized by the wall.”

2016’s contentious Jakarta governor’s race reminded the artist how divided the nation remained. The country champions “Bhineka Tunggal Ika” – “Unity in Diversity” – but it is still pretty divided along religious, racial, and ethnic lines. When the city’s former governor Basuki Tjahaja Purnama ended up behind bars on a blasphemy charge, Teguh and his friend Yoris Antar, an architect, rushed to restart his project (→ previous site). The pair approached the jailed governor’s second-in-command, the now-governor Djarot Saiful Hidayat with their plan. He was excited and rushed to get the wall installed before the end of his term.

Teguh Ostenrik is calling the installation “Patung Menembus Batas,” roughly, “A Statue Crossing Boundaries.” It will feature all four pieces of the wall, as well as 14 iron statues of people placed around the large structures. “The human spirit can be as hard as steel. But with some will power, we can break ‘the wall’ between us and rise above the differences that separate us from one another.” It was inaugurated in October 2017. (Source: VICE)

Photo above and background
© Teguh Ostenrik/Facebook