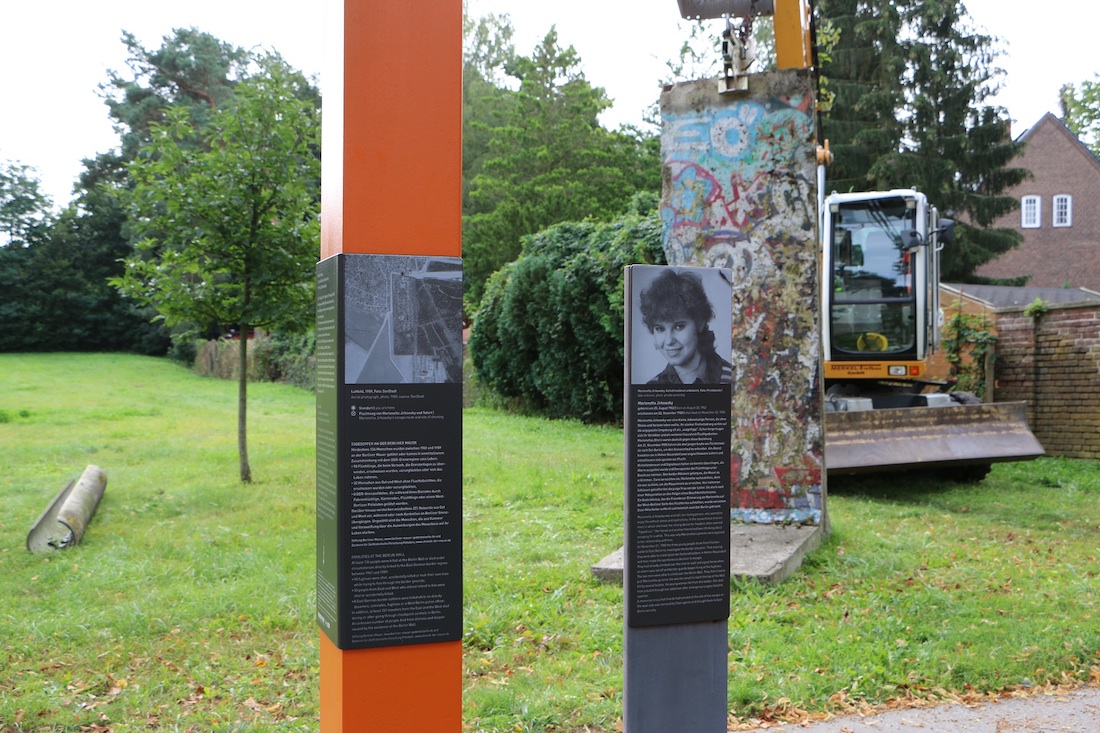 Hohen Neuendorf was bordering West-Berlin in the North. Four young people were killed in this community while trying to escape: Joachim Mehr on December 3rd, 1964 (at the age of 19), Willi Born on Juli 7th, 1970 (three weeks before his 20th birthday),  Rolf Kabelitz on Januar 7th, 1971 (also 19), and Marienetta Jirkowsky on November 22nd, 1980 (18 years old). Four stela are reminding of their failed escapes.

The stele for Marienetta Jirkowsky in the Florastraße was enhanced with an original segment of the Berlin Wall in September 2017. The city of Hohen Neuendorf had kept this site espacially for this purpose. The Wall segment was donated by the Berlin Senate Chancellery in 2014.

In addition to the commemoration of the victims, this place shall also refer to present time. “Democracy and freedom are not self-evident. We have to fight for it every single day,” said Inka Gossmann-Reetz, Federal Parliament Representative, on a former commemoration.

On the ocassion of the 25th anniversary of the town twinning with Müllheim in Baden-Wuerttemberg, young people from both cities painted one side of the Wall segment in October 2017. The other side remained original.