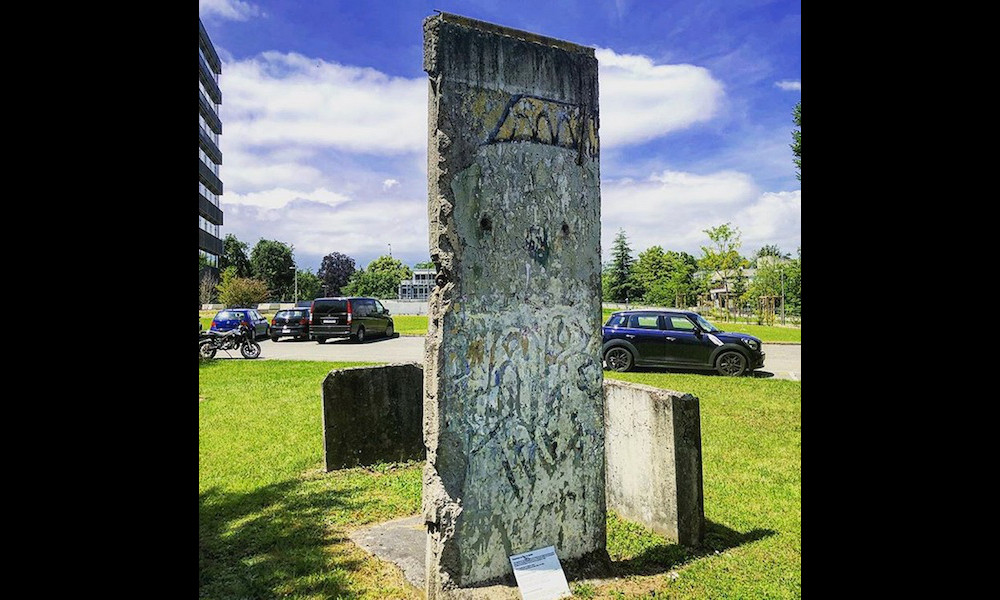 Three Berlin Wall segments are in the garden of the World Council of Churches (WCC) in Geneva. In 2009, WCC general secretary Rev. Dr Samuel Kobia commented on the 20th anniversary of the event that brought to an end the cold war era:
Twenty years ago in East Germany, Christian hope and perseverance contributed significantly to the fall of the Berlin Wall. The people who gathered in the churches and became the nucleus for the movement of change […] taught us that Christian faith can inspire a resistance movement against fatalism and despair – a lesson which is as important today as it was twenty years ago. (Source: Lessons from the fall of the Berlin Wall are relevant today, WCC)

The horizontal segment is showing an early work by Thierry Noir. The graffito was created in the Waldemarstraße in October 1985. Also, this segment was in the catalogue of the Monte Carlo Auction, which took place in June 1990.

Photo above and background:
© Kevin Bonvin/Instagram